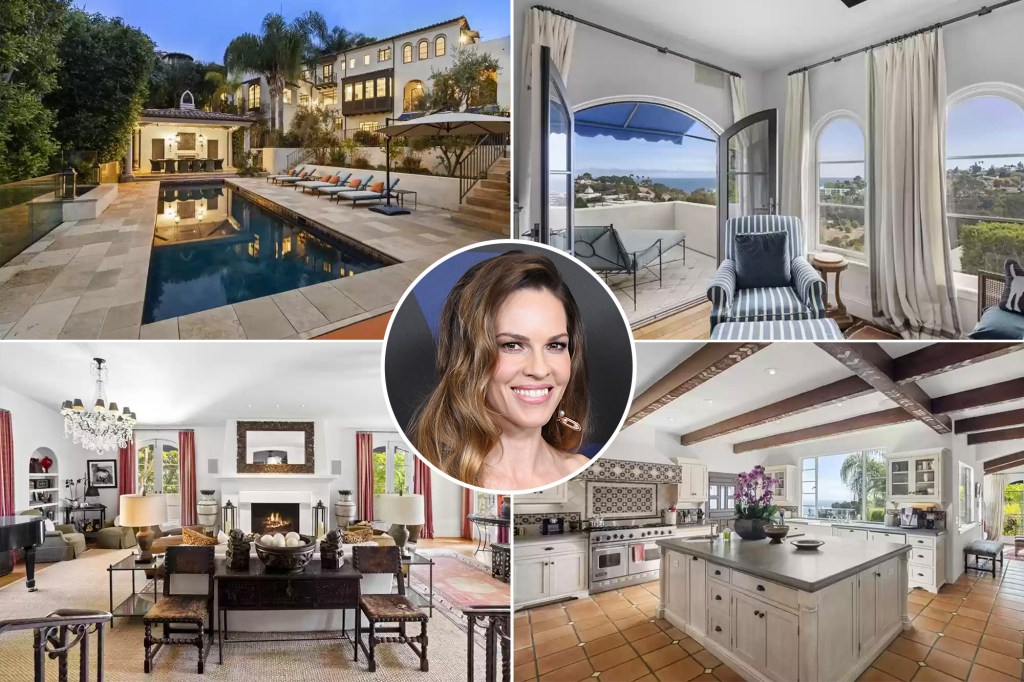 Hilary Swank is the latest in a slew of celebrities to flee California for good, listing her longtime Los Angeles abode on Friday and announcing she would be moving to Colorado full time.

In an interview with the Wall Street Journal, the Oscar winner revealed that she had owned property in Colorado since 2016, but officially moved to the state with her husband, Philip Schneider, when California went on lockdown.

The “Million Dollar Baby” actress wanted more space for her animals, which included her five dogs, two parrots and one horse.

“We’re looking to get a lot more rescues when we have the time,” she said. “We have a nice ranch now that we can bring ’em all.”

Spanning over 6,700 square feet, Swank revealed that she briefly put the home on the market in 2012 and 2013 when she had been living abroad in France during that time.

“Then I was like, ‘I don’t think I’m going to actually be in France forever,’ so I pulled it off the market,” Swank explained.

When she first moved into the gated Hacienda-style estate, Swank decided to add a 16-seat movie theater, lounge and concession stand that comes with an antique popcorn machine, candy and beer, telling the WSJ that she wanted to watch movies “correctly, the way they are meant to be seen.”

The gated property boasts ocean views from almost every room, according to the listing. Each bedroom suite holds either a private balcony or a veranda.

Exterior amenities include a pool and spa with an ocean view fire pit and a fully-equipped cabana.

Features include Spanish pavers, wood floors and hand-painted wood-beamed ceilings, with built-in bookshelves and fireplaces in the living spaces.

In the past year alone, Elon Musk has announced he was shutting down his Tesla plant in California and would move to Austin full-time. In September, Joe Jonas and Sophie Turner sold their Los Angeles home for a Miami pad. Roseanne Bar also listed her Los Angeles home and moved to Hawaii. Pierce Brosnan attempted to list his Malibu home, and also lives in Hawaii. Additionally, Shailene Woodly moved to Colorado amid her engagement with Aaron Rodgers. And Matt Damon listed his Los Angeles estate and now lives in Brooklyn.

Gene Simmons previously shared with The Post that he was fleeing his longtime home in California to live in Lake Tahoe —  blaming high taxes, wildfires and wanting more privacy.

“We have been exploring our primary residence options outside of California for a couple of years,” Simmons revealed in a separate press release. “We considered various properties in various states but ultimately decided that Nevada is a better choice for us. We are at a place in our lives where a big city lifestyle is just not our thing anymore.”

“The quality of life is better there, so we can go hiking without bumping into people,” he added. “Taxes there are also much more appealing.”

Most recently, Swank appeared in the Netflix series “Away.”