by admin
in News

The life sciences subclass of office space has seen considerable growth during the last two years, benefiting from increased digitalization and investor appetite. This means that successful life sciences startups are driving demand for a growing number of specialized office properties.

Our previous ranking of the 100 most expensive office submarkets by average sale price found that Silicon Valley tech clusters and Manhattan’s most prestigious areas were the nation’s top destination for investment. So, we turned to CommercialEdge transaction data to see the direction that the office market has gone since then and ranked the most expensive office submarkets in the U.S. based on average sale price per square foot in 2021.

We found that office space in Cambridge, Mass., was the most expensive in the U.S. in 2021, largely due to several sizable life sciences office sales. The rest of the list includes traditionally pricey areas in California and New York, with several other states also recording entries among the 100 most expensive.

As one of the primary hotspots of the life sciences boom, Cambridge, Mass., rose to the top of our ranking for 2021 with a price per square foot of office space of $1,560, which was the result of four high-profile sales. In 2019, the submarket ranked fourth-most expensive, with an average sale price of $1,074 per square foot. Since then, demand for life sciences office space in Boston has outpaced supply, bringing vacancies as low as 1.1%. Cambridge, in particular, was the epicenter of life sciences growth in Boston. Accordingly, property valuations subsequently increased.

Specifically, two transactions greatly influenced the Cambridge submarket’s high average prices: The purchase of Charles Park by Alexandria Real Estate Equities (AREE) in December and MetLife Real Estate Investment’s acquisition of One Memorial Drive in September. Each of the deals totaled more than $2,000 per square foot. Charles Park will reportedly be converted to life sciences space by AREE, while One Memorial Drive is fully leased to two high-value tech tenants: Microsoft and InterSystems.

Elsewhere in the market, Boston office space in the central business district (CBD) sold for an average of $932 per square foot, bringing the submarket to the fourth spot. Meanwhile, the Seaport Innovation District placed eighth, with office space here trading for an average of $820 per square foot. This Boston submarket has experienced considerable growth in the last decade and continues to attract significant investments, such as the $234 million sale of Two Drydock, which is equivalent to a price of $954 per square foot.

Boston was also home to last year’s largest transaction in total sale price — when AREE purchased the Landmark Center in Fenway for a reported $1.16 billion. The company spent an estimated $1,221 per square foot for the office property, which it plans to redevelop for life sciences tenants.

In previous years, Silicon Valley’s tech clusters stood out with their high average price tags. However, a Southern California submarket was the state’s highest entry for 2021: Four office properties sold in Beverly Hills brought the submarket’s average price to $1,277 per square foot, making it the most expensive area for office space in Los Angeles.

Nevertheless, some of the Bay Area’s tech hotspots still made the top 10, despite ranking lower. For instance, office space in the Mountain View – East submarket sold for $831 per square foot, on average — just ahead of Cupertino, Calif., with $830 — placing the submarkets in sixth and seventh on the list, respectively. Sunnyvale – West landed in ninth, with an average sale price of $806 per square foot.

Even so, Silicon Valley is still the uncontested tech capital of the U.S. Several high-profile sales were recorded here last year, including LinkedIn’s $323 million purchase of its own global headquarters in Sunnyvale, which the company previously leased. The nation’s primary tech clusters still ranked slightly lower than they did before the pandemic, although they remain among the most expensive areas in the U.S. for office space.

Manhattan’s Chelsea submarket reached the third spot with an average sale price of $1,046 from four sales, overtaking the $858-per-square-foot figure that brought Chelsea up to #9 on our 2019 ranking. Sales recorded here last year included the transaction of 410 10th Ave., which saw 638,000 square feet of office space change hands for $1,493 per square foot — the priciest sale in the submarket last year.

In the Midwest, an Illinois submarket also cracked the top 10 last year: Chicago’s West Loop saw three sales average out at $804 per square foot. The sale of the smallest property of the three — 1100 West Fulton St. — resulted in a price per square foot of $935. Nearby, 1K Fulton’s 562,792 square feet of Chicago office space sold for $354.75 million or $630 per square foot.

California was home to 44 of the nation’s 100 priciest office submarkets, up from the 36 entries it landed in our 2019 ranking. California also recorded a statewide average price of $379 per square foot of office space — the third-highest among all states.

Southern and Northern California were relatively evenly split in number of pricey areas. Los Angeles was the site of 16 of the nation’s most expensive submarkets, while the Bay Area was home to 20 — three in downtown San Francisco and 17 elsewhere in the metro. Orange County also recorded four entries, with the Inland Empire adding two. San Diego and the Central Coast both had one submarket among the 100 most expensive: Sorrento Valley with an average price of $441 and Goleta with $263 at #36 and #92, respectively.

Nine Florida submarkets ranked among the nation’s 100 most expensive last year. Of these, the best positioned was Miami’s central business district, which landed in 28th with an average office sale price of $504 per square foot. Next, downtown West Palm Beach ranked 32nd ($488 per square foot), and the Weston submarket in Fort Lauderdale took 47th place ($382). Boca Raton and Tampa also recorded expensive submarkets among the 100 most expensive. At $213 per square foot, Florida had a significantly lower statewide price than California.

Arizona was up next with seven submarkets out of 100, the most expensive of which was North Gateway in Phoenix. It ranked 60th on our list, with an average price of $329 per square foot. The remaining six entries from the state were all located in the Valley of the Sun, including Peoria, Deer Valley, Gilbert, Chandler and Scottsdale’s South and Airpark submarkets.

Next up, Massachusetts, Washington state and North Carolina tied with six entries each in the top 100. All Massachusetts submarkets were from the Boston area, with downtown Boston ($436 per square foot); Medford-Malden ($421); and Route 128 Central ($336) also making the list, in addition to the entries among the top 10 most expensive.

Similarly, four of the North Carolina entries were in Charlotte, whereas two hailed from the Carolina Triangle area. The state’s most expensive submarket last year was Charlotte’s Midtown – South End, where office property sold for an average price of $464 per square foot.

In the Pacific Northwest, statewide average prices in Washington outpaced even those in California, reaching $392 across 67 transactions. The six Washington state submarkets were all from the Seattle metro: The city’s CBD (#15), Bellevue (#17), Northern Seattle (#18), Belltown (#20), the I-90 Corridor (#41) and Bothell (#79). The high average prices seen in Washington state may stem from the fact that the entire Seattle metro is also a top life sciences destination, bringing up the state’s baseline average sale price considerably. In comparison, California’s situation is more nuanced, with the state’s more expensive office submarkets being counterbalanced by less expensive, secondary areas in locations such as Sacramento and the Central Valley.

Only one submarket within the District of Columbia proper made the list — D.C.’s CBD at #54 with an average sale price of $353. However, two other submarkets in the Washington, D.C. metro area also made the list: Arlington’s Virginia Square at #38 and North Rockville, Md., at #97.

To determine the most expensive submarkets in the U.S., we looked at office transactions closed between January 1, 2021 and December 31, 2021, according to data provided by CommercialEdge as of February 10, 2022.

Our study included sales of individual properties, as well as portfolio sales where the price for each individual office property was known. For data accuracy, only portfolio deals where all properties were located within the same submarket were included. Portfolio deals were counted as a single transaction, with the average price per square foot in their case being calculated by dividing the total sale price by the total square footage of the portfolio.

Statewide average prices were calculated based on all transactions for office properties larger than 25,000 square feet, including those in submarkets that did not make the ranking.

To eliminate outliers due to low sample sizes, only submarkets with at least three transactions in 2021 were included in our study. Delimitations of markets and their respective submarkets are based on proprietary CommercialEdge delineations determined by its real estate professionals. 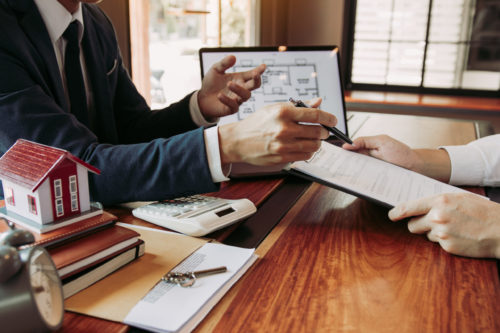 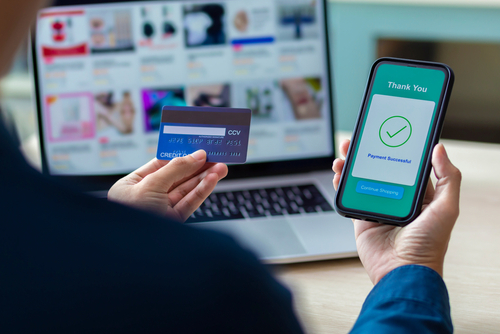 With today’s technology, consumers have several different ways to pay for goods and services. For instance, many transactions are...