Alison Fiore of the Backyard Growers, a 10-year-old non-profit located in the seaside city of Gloucester, Massachusetts, likes to remind people that huge farms are a relatively new development.

“Only since the industrial revolution have we separated food growing from where people live,” says the executive director of the program that has built raised beds in the yards of over 600 urban homeowners. “People always raised food locally, close to home. When we work to get back to that, we are addressing urban issues as well as producing food.”

“In Massachusetts, we used to produce nearly everything we consumed. There were vegetable growers, orchards, dairies, livestock producers, slaughterhouses, tanneries, mills – all the industries that supported growing, processing and distributing food. Now, we produce about five percent of what we consume.”

The Green City Growers is a for-profit Boston-based organization that, since 2008, has built and maintained over 150 garden sites in New England, North Carolina, Texas and Washington, D.C. Constructed in backyards, on rooftops and against building walls, about 25% of the gardens are privately owned, while the rest belong to organizations as disparate as hospitals, stores, museums, schools and senior living facilities. One of the organization’s best-known rooftop gardens is at Boston’s iconic Fenway Park, created in 2015 with raised beds on a flat rubber roof.

“There, we raise more than 5,900 pounds of fresh produce every growing season,” Grallert says. “Everything from kale to broccoli to hot peppers. Touring Fenway Farms has become one of the ballpark’s biggest attractions.”

Urban agriculture as a tourist attraction is being created on a bigger scale in Shanghai, where the Sunqiao Urban Agricultural District will demonstrate food growing in the city and become a research and development center for agricultural science. One subway stop away from the city’s new Disneyland, the 250-acre site will show visitors how food is grown.

“The site was, for 20 years, used for single-story greenhouses. When that ended, the Chinese government held an open-ended competition for designs that would continue the area’s agricultural use, but unite it with technology while making it attractive to tourism.”

Sasaki, which won the competition, has developed a plan for an urban arboretum that serves as a research site for food science.

“The emphasis will be on vertical farms, which accelerate yields and especially lend themselves to leafy greens,” Grove explains. “It is not meant to be the only food-growing technology: it does not lend itself to plants with robust root systems, like rice, grains or nut trees. But for leafy greens, it cuts down on water consumption by 90%, and there is no need for pesticides.”

Children who don’t know where carrots come from is a relatively recent phenomenon. However, around the world, fewer and fewer families grow any of their own crops, relying instead on mass-produced and distributed produce. But the trend is being reversed by the Backyard Growers, along with organizations like the Food Project, City Sprouts and Alice Waters’ Edible Schoolyard Project, which recognize that children who work with others to produce food have better diets, more positive attitudes towards healthy food, exercise more and learn to work with others towards a common goal.

“As well as six community gardens in Gloucester,” Alison Fiore says, “We have created gardens in each of the city’s public schools, except for the high school. We have seen a lot of positive behavioral changes about food. Children are eager to eat a crop they have grown, whereas, if it came shrink-wrapped from a store, they might not even want to try it.”

During the pandemic, she notes, interest in food growing increased, sending organizations like hers and the Green City Growers into overdrive.

“We employ 20 people, 12 of them as urban farmers,” Chris Grallert says. “We can build your garden and then, either come on a regular basis to do the watering, weeding, harvesting and processing of the crops, or you can take over and do it yourself. For organizations like Fenway Park, nursing homes and the like, we do it all.”

What is a Bungalow House Style? 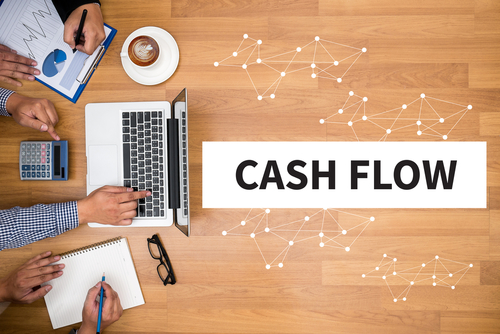 What is a Bungalow House Style?